Cost to replace or repair your roof

How much does a new roof cost?

A home wouldn’t be much of a home without a roof keeping out the elements, yet their vulnerable position as the first line of defence against driving rain and howling winds means they need some care attention to keep them at their best. Whether you need a new flat roof on your garage, or just need to replace a few tiles, you’ll want to know how much it costs to repair or replace your roof before you start making plans. We’ve spoken to some of the expert tradespeople on MyBuilder to find out what you might need to know. 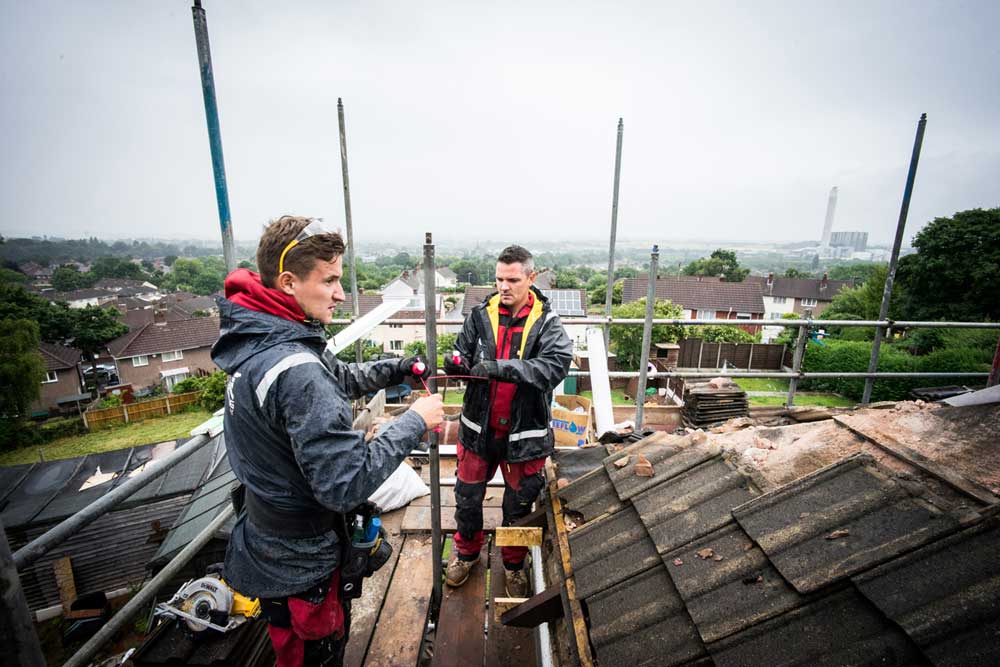 The two factors that will determine the cost of your roof project are the size of the roof, and the choice of material used. A felted flat roof for a small garage will be much cheaper than a slate roof for a four-bedroom detached home, for example. Overall, we estimate that the average cost for a roof replacement in the UK will come in at around £5,000 to £6,000. However, at the very cheapest end of the spectrum, replacing the felt roof on a garage should only cost around, £1,000, whereas replacing all the slate tiles on a large family home may cost as much as £12,000. Prices may be more in London and the south east. These prices include labour as well as materials, but refer only to replacing the roof covering, not making any structural alterations such as removing roof beams or changing the height of the central roof ridge.

Tiled roofs are the most common type of roof across properties in the UK, but the material of tile varies, and the price changes with it. The most expensive type of tile is slate, which is sought-after for its durability - slate tiles can easily last more than 100 years holding up to the elements - it is also more labour-intensive to install. Cheaper than slate tiles are clay tiles, which can last more than 50 years, while cement tiles are cheaper again, though they have the shortest lifespan.

Estimating the cost of roof repairs is difficult as the nature of the fix needed can vary so much. If there is single tile missing or damaged which risks a leak, then it will only take a few tiles to fix, which can cost from around £100 to £200. Similarly, damaged flashing, which runs alongside roof elements like chimneys and skylights to help keep water out, will cost roughly the same.

Flat roofs are typically found on garages, extensions, dormers, and outbuildings, and are a cheaper method of roofing, typical constructed from timber and covered with a waterproof coating such as bitumen based felt, asphalt or EPDM. They are constructed with a slight pitch to allow water to run off. They are generally less durable than tiles, but more resistant to certain issues, such as wind damage.

The exact material you use will have an impact on the cost of the roof, with basic felt solutions costing around £50 per square metre for the material itself, and more high-end materials such as modern GRP (a form of fibreglass) going up to £90 per square metre, but allowing unlimited options in terms of colour, and generally being more long-lasting. Labour costs may then cost around £150 to £250 per day per worker. Generally, we would expect a flat roof replacement for a typical garage to cost from £1,000, to around £1,800 in London.

As with tiled roofs, repair costs will vary depending on the nature of the issue - it is possible to patch flat roofs, or take care of problems such as blisters, and this can typically be done for a few hundred pounds. If a number of problems occur though, it can become more cost effective to replace the entire roof, especially as many flat roofs may only have a good working life of between 20 and 30 years. 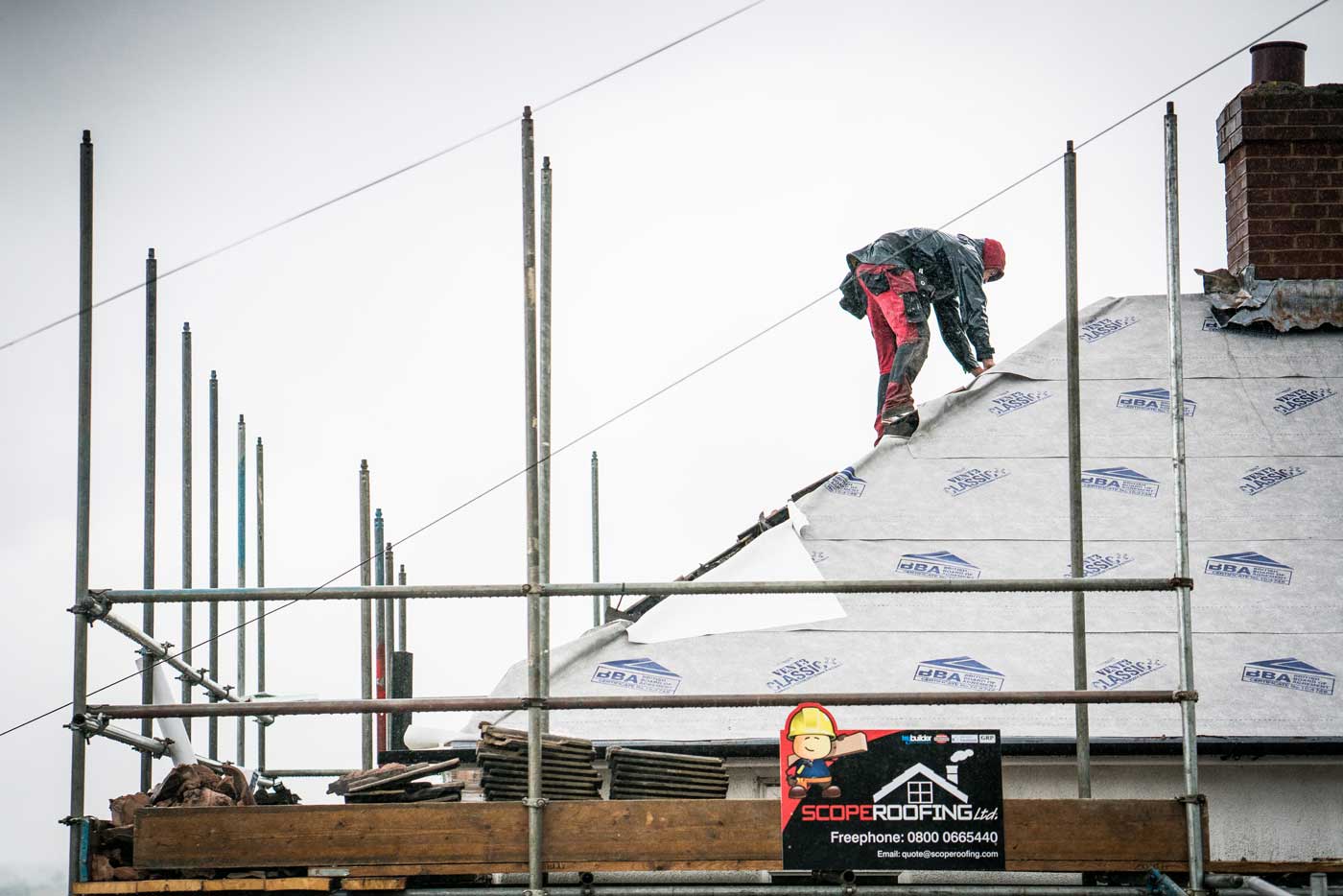 If you are making a significant change to the roof - replacing more than 25% of the tiles for example, you will probably need to submit a building regulations application. Your project will then be inspected to ensure the new roof doesn’t cause any structural faults in the rest of the building and is in line with regulations such as fire safety. Building regulation costs can be between £300 and £500.

There are a number of other costs that may be involved in replacing a roof. Depending on access, roofers may need to use scaffolding, which can cost between £400 and £900 to erect. If you are removing and disposing of the old tiles, you will probably need to hire a skip, which can cost around £200. Replacing the roof may also require you make changes to your guttering, fascias and soffits, which will be priced separately.

How to keep costs under control

There are a few ways to keep costs down when replacing a roof. One of the best ways is to ensure you hire reliable tradespeople who can accurately assess the scope of the job and carry it out professionally and to time. While purchasing new tiles is the simplest way to ensure they are up to scratch for your job, you can also save money by purchasing second-hand tiles, though you will need to be certain that they meet your requirements. In many cases, some of the tiles on your own property can be re-used if you are not changing the style of the roof.